The three dimensional printer which I have been steward of this past six months has been steering my thoughts when I “academically procrastinate”. That is to say, when the act of working on research methods or my professional learning network does not seem fun, I tend to distract myself with things in three dimensional printing and Making for my classroom.

Last such of an occurrence of “why don’t I do all the work that I don’t need to do” had me dabbling in Boolean operators on the University of Victoria library database, culminating in the discovery of I make, Therefore I Am by Chu, Schlegel, Quek, Christy, & Chen, is a proceeding to the 2017 CHI Conference on Human Factors in Computing Systems which took place in Denver, May 2017. To my delight, the research paper details how researchers quantitatively examined some of the questions I had regarding ‘Making’ in the classroom.

The research was conducted at an elementary school in Texas where students where mostly members of marginalized groups (race, poverty, ELL) and were in grades three through five (Chu et al., 2017,  p.113). The main field work was to facilitate and teach Making intervention classes, where the researchers would work together with teachers to create both science experiments and ‘sandbox’ creation times over the school year. Students completed the same survey both before and after the six week period which aimed to gauge their interest in Making and STEM. One hundred and twenty one students were subject to the Making intervention classes, while a different group of one hundred and seventeen was not as they were used as the control group (Chu et al., 2017, p.114).

Chu et al. (2017) structured the survey to measure students’ self-efficacy: the evaluation of one’s ability in a given domain, and self-identification: how much a person considers the given domain to be a defining part of their person (p. 111). Chu et al. (2017) argued that the characteristics of a Maker were high self-efficacy and self-identification, and went on to state that since “a major barrier to student engagement with STEM seems to be that many students simply do not see themselves as the ‘kind of person’ who is interested in STEM fields” (p. 112), the researchers hypothesized that “a Making intervention will foster students’ sense of self-efficacy in Making, and that this increased self-efficacy may in turn cement greater self-identification as a Maker. We also hypothesize that simultaneously, a Making intervention will have positive impact on students’ relation with the subject matter of the Making, in our case STEM” (p. 112).

The research determined that Making, in the way it was presented and taught in this research, led to an increase in self-efficacy/identification in Science, but not in Making itself.

Additionally, the survey also asked students to identify what they believed their possible career paths in life might be. The number of students choosing STEM careers increased in the post survey, as per Figure 1: 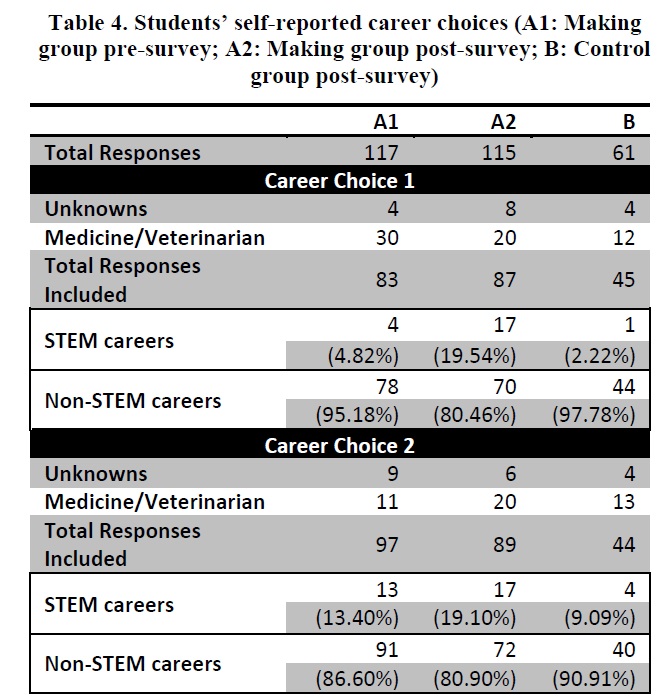 Figure 1. “Medicine” included any medical profession and was excluded from STEM careers.

In conclusion, the research indicated that Making is worthwhile in broadening students’ career considerations, specifically in STEM fields.

Due to the limitations of the research, Chu et al. (2018) suggested that “further research may relate the approach to other K-12 grade levels and to other subjects like mathematics or the language arts” (p. 118), which is exactly my interest. The way in which I’ve become interested is rooted in my own experience…so it is fairly subjective and individual.

As a middle school teacher, I am all too familiar with what I would call the “done-with-it” mindset. Perhaps a sibling to a fixed mindset, the done-with-it mindset is the expression of disconnectivity and distraction. I find that students will often do the bare minimum of what is necessary in order to complete a task not for their lack of ability or confidence, but rather for their lack of investment in something that they do not find worthy of their energy. That is to say, it is in my experience that if the result of an activity is unlikely to create a lasting in a connection to an idea, experience, or artifact, students will often view it as useless knowledge curation.

My experiences with my students are also grounded in my approach to artifacts. When I make an artifact, I develop a lasting stewardship over the artifact as it’s creation was not something I was asked to do, but something I wanted to shape and refine. Although the artifact is inanimate (in the physical sense), it is a product of my energized thoughts and dedication. When I am proud of something, I will remember it…I will learn it. Interestingly, I usually only play with the development of these artifacts when I am disconnected from the task at hand and choose to procrastinate.

As if one cue, I have had the epiphany that my ‘playing’ with the artifacts is actually my own inquiry through Making. Coming to this realization is quite a recent development, which has likely been influenced by keeping an auto-ethnographic diary in my notes, as well as sporadic moments considering the Action Research methodology.

Trevor Mackenzie is an avid promoter and mentor for teachers who wish to better learn the inquiry model. When I think of his work, one particular visual is at the fore of my thoughts. The ‘Inquiry Pool’, Figure 2,  demonstrates the relaxing of structure as we move from learning inquiry techniques to mastering them.

The visual is aiding me in creating a series of activities I wish to use in exploring a possible area of research. I have begun developing a unit plan which uses various digital tools as well as curricular competencies to create artifacts (the most developed lesson I currently have can be found on this webpage). The creation of the lesson has been a long process punctuated with many learning moments, but as I have completed the work, I am proud of the end result in how it integrates many areas of the B.C. curriculum while remaining distinct as a creation, rather than a prescribed outcome. In relation to Mackenzie’s visual, my artifact is an example of the shallow end of the pool; it is something I would present to students as the scaffold for greater things.

Moving forward, my unit will ‘move deeper into the pool’ by allowing students to construct new ways of connecting curriculum with the use of digital or analog artifacts.  I suppose my Central Question to the inquiry would be “In what ways can artifacts link subjects we tend to see as separate?”

However this unit would not be the focus of research, rather it would be the delivery method. For example, Exploring the behavioral patterns transformation of learners in different 3D modeling teaching strategies by Huang, Chen, & Lin, examined the meta-cognitive domains applied by students when designing three dimensional objects. During the design classes, students were asked to first design a missile, then a dinosaur (Huang, Chen, & Lin, 2019). While some students succeeded and others did not, this was not important. Rather, the researchers were measuring at what times the meta-cognitive domains went used or unused relative to the pedagogical model they were presented with when designing their models.

This is an extremely important distinction, one which I would apply when researching my unit. This leads me to my (hypothetical) research questions:

While measuring ownership, stewardship, and better learning may seem too broad and arduous, I feel that my own passion for Making will continue to drive a focus and refinement on these questions, and I will come to an actionable research problem.

Research Diary: A Tool for Scaffolding by M. Engin (2011)